Our team was delighted to hear last week that we have been shortlisted for a Local Authority Building Control (LABC) Central Region Building Excellence Award 2019.

We are hopeful that our new build sports hall and six classroom construction project at Henlow Academy will achieve success in the ‘Best Educational Building’ category. The project team including Central Bedfordshire Council, Henlow Academy, Cox Clifford Partnership, BSD Consulting Engineers, Marstan BDB and Borras Construction are very pleased that the project has been nominated.

This is our eighth consecutive year of being shortlisted for an Award, and we are all looking forward to attending the black tie Awards Ceremony in Milton Keynes in April. Regional category winners are put forward to the National LABC Awards. 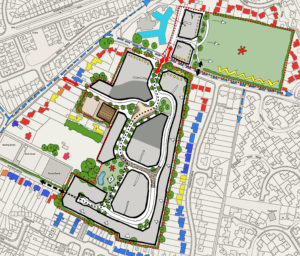 A milestone has been reached in the project to consolidate Lord Williams’s School onto a single site. Consultants acting for the Thame-based academy have submitted the Design Brief for residential development on the Lower School site to Thame Town Council.

This stage in the process is required by the Neighbourhood Plan, and follows a consultation process in which neighbours of the school and Thame residents were shown potential concepts and feedback was sought.

PCMS Design has been involved in advising Lord Williams’s School, liaising with Oxfordshire County Council and assisting with the appointment of planning consultants Lanpro.

The Design Brief before the Council is for a compliant 135-dwelling scheme, and has responded to the feedback received. Housing that is sympathetic to existing adjacent dwellings is being proposed, and the scheme includes public open space, sustainable drainage infrastructure and retains key hedgerows. The proportion of affordable housing will be determined later in the project.

The adoption of the Design Brief will help to deliver the aspirations within the Thame Neighbourhood Plan for housing, and also for consolidating the school at the current Upper School site on Oxford Road. 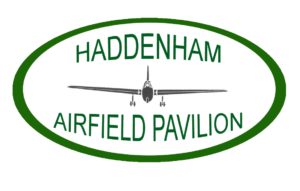 Aylesbury Vale District Council has today granted planning permission for a new community pavilion building in the Buckinghamshire village of Haddenham. Located within the heart of a new residential development, the pavilion will provide both recreational and sports changing facilities for the nearby football pitches. Our design also encompasses space for other sports such as table tennis, martial arts, yoga and fitness classes, and includes a kitchen, office and plenty of storage for equipment.

This mixed use development will be of benefit to the expanding local population and also those from further afield too, when league teams visit the village. Haddenham Youth Football Club in particular are looking forward to using the pavilion.

This is a great project to be involved in as it will be a very welcome addition to village amenities! 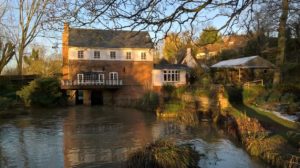 Planning and Listed Building consent has been granted by St Edmundsbury Borough Council in Suffolk for a side extension to an old water mill in the village of Kedington. The former water mill has Grade II listed status; parts of the old industrial mechanism are still visible, and the mill race, which is part of the River Stour, runs through the garden.

It was a pleasure to produce designs for what is without doubt one of the most picturesque projects that we have worked on! Planning consent has now been secured for a new rear entrance combined with a lobby and ground floor WC/ shower room. Care was taken to ensure that the new extension blends seamlessly with the existing historic building, and we produced a Heritage Statement in support of the proposal alongside other supporting statements.

We have experience of working on older listed buildings which each present with unique challenges. Do get in touch if you would like to find out more. 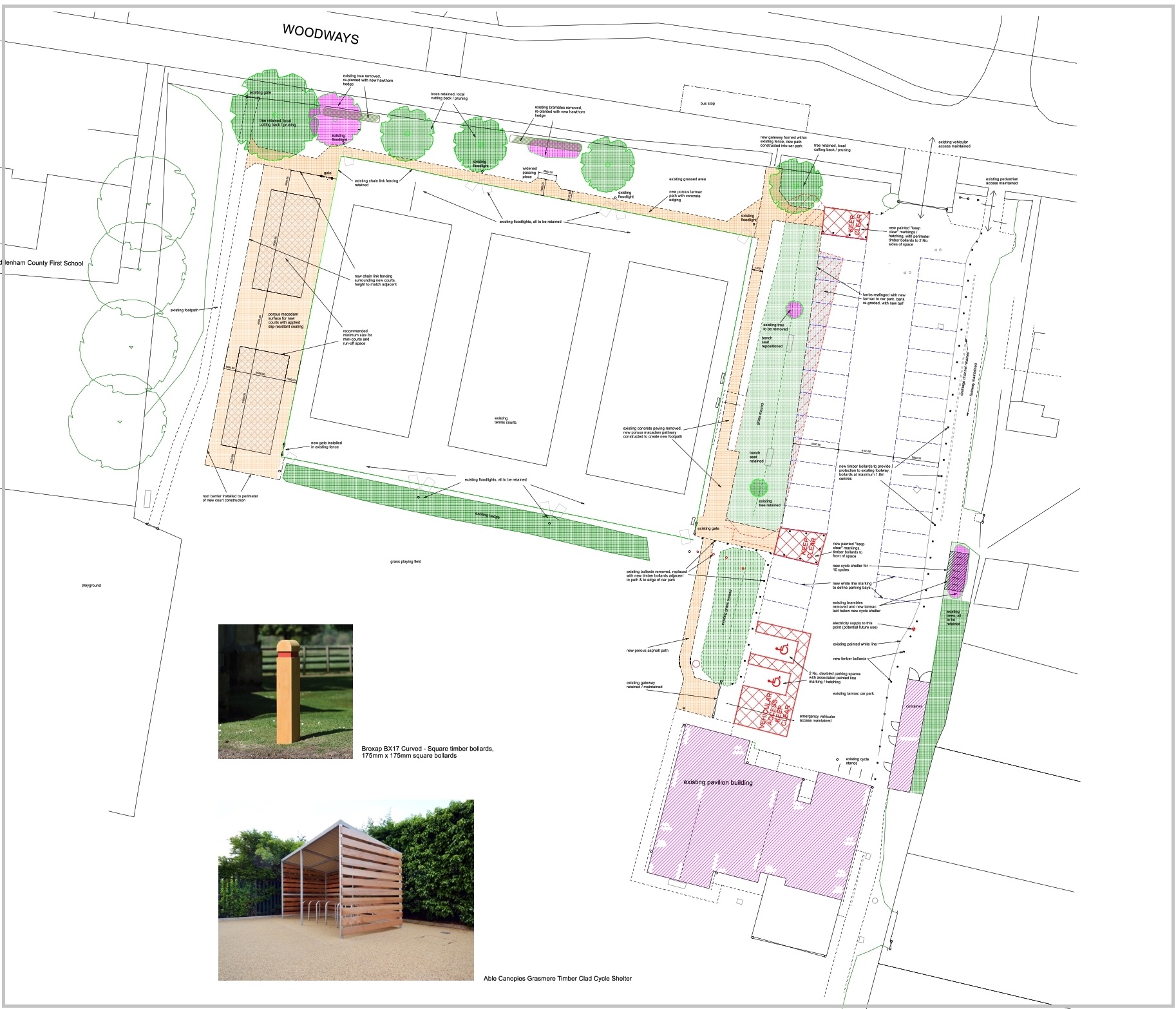 Not all of our design schemes are for buildings – we can also prepare plans for external improvement or landscaping projects.

One recent example is that of a series of enhancements to a public playing field and recreation area in a Buckinghamshire village. Working together with the local Tennis Club, Parish Council and other stakeholders we prepared plans for introducing two new mini tennis courts, an adjacent footpath for use by parents and school children and also improvements to the on-site car park and other footpaths.

Sometimes, external landscaping schemes can present interesting challenges – trees may need to be removed or cut back, for example, or underground drainage may be affected; occasionally an archaeological or environmental report is requested. With this present application, we acted as adviser and agent for the Parish Council to look after any issues raised during the planning process. We look forward to hearing the outcome of the planning application shortly.

We were pleased to hear that South Oxfordshire District Council had granted planning permission to enable a dwelling in the village of Stadhampton to be extended.

The single storey extension will add a downstairs cloakroom and porch; planning permission was required because of its location, extending outwards from the front elevation. Although modest in scale, this is a positive change to the house that will help the family enormously, as they have young children.

We also secured a ‘Build Over’ agreement from Thames Water, and made the building regulations application.

We can advise on extension and reconfiguration projects of most sizes – do get in touch if you would like advice on how to improve and extend your home. 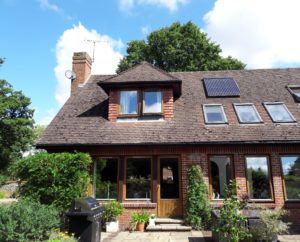 We have heard today ahead of the determination date that home owners in Berkhamsted have been granted planning permission for improvements to their home. This is a good example of how one planning application can cover a number of different changes, in this case both to the main house itself and to other buildings and/or features within the curtilage of the dwelling.

There were three distinct proposals attached to this application: the first for new bay and dormer windows to the house, the second to convert the double garage to ancillary accommodation so that an office and gym can be created, and the third to construct a new timber framed ‘carriage house’ style garage with attached log store in the grounds.

All three of the proposed changes submitted as one  householder application have gained consent from Dacorum Borough Council just before Christmas, with no pre-commencement conditions. The family can now spend the festive season happily making plans and looking forward to making a start on their improvement projects!

In a leafy Oxfordshire village, close to the Chiltern hills, stands a barn ripe for conversion! PCMS Design worked with the homeowner to develop plans for the barn to be converted to an ancillary dwelling.

The starting point was to establish the structural integrity of the barn – and therefore its suitability for conversion. Next an ecology survey was commissioned and restrictions around when the work can be carried out were agreed with the local authority to ensure no harm comes to any potential bat roosts.

Care has been taken with the design and materials to make sure the external character and appearance of the barn is preserved, and planning permission has now been granted. When completed, the barn will have a bright and spacious open plan interior, extensive glazing with views and an external dining area. 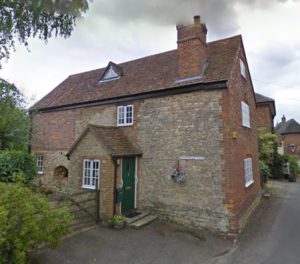 A local homeowner recently was very pleased to have planning and listed building consent (LBC) renewed by Aylesbury Vale District Council for an extension to their home. The proposal involves demolishing a conservatory at the rear, and replacing it with a more attractive two-storey extension with a glazed link corridor. A new double garage and replacement for the porch has also been granted consent.

This application was a renewal of a previously consented application to the local authority: as the three year statutory expiry of permission was approaching without work beginning, we were able to make a strong case for renewal of the planning and listed building consent.

The homeowner was very pleased to hear about the renewal of consent and commented “Great news! Thanks so much for your help with this application.” It is hoped that work will shortly begin on the home extension project. 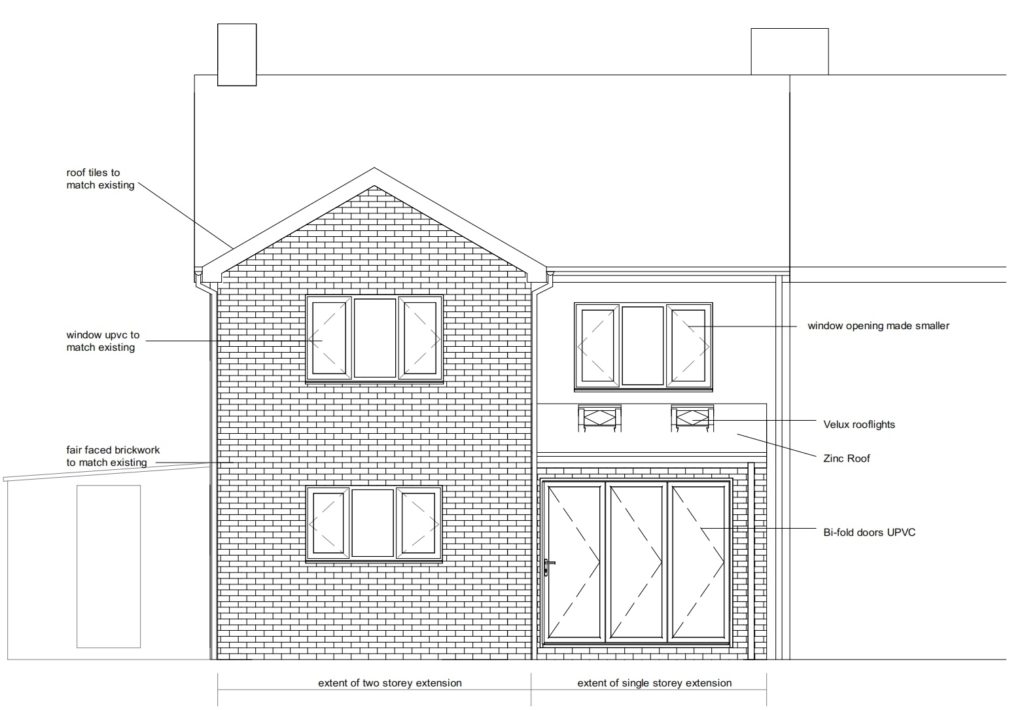 Aylesbury Vale District Council has this week granted planning permission for a part two storey and part single storey rear extension for the home of a local resident, based in the expanding village of Haddenham.

The homeowner wanted to improve the internal layout of her 3-bedroomed, semi-detached home; presently there is a large but long lounge, undersized dining room and inharmonious kitchen/utility space.

Once the consented works have been carried out, there will be a larger and well-designed kitchen, enough space for an adjacent dining/family area with floor to ceiling folding doors into the rear garden, and a separate utility/WC. On the first floor, there will be an extra bedroom for the growing family.

The homeowner is thrilled with the outcome, and looks forward to making a start soon. In the meantime, we are working on the specification for her with a view to shortly inviting builders to quote for the works.